One of our family’s favorite movies is Soul Surfer. It recounts the true story of Bethany Hamilton, the surfer from Hawaii who lost her left arm from a shark bite in 2003. She was 13. Bethany had the life-long dream to become a pro surfer. Even though she only has one arm, she did not let that sideline her from achieving that dream. 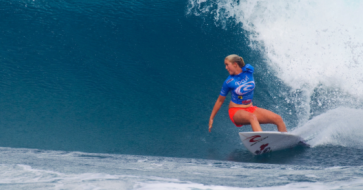 At the end of the movie there is a scene in which she is competing in a major surfing event. Amazingly she makes it to the final heat of competition. In the final heat, she catches one final wave and the crowd is overtaken with her performance. Because of this last wave most think that she won the competition. However, after the judges reviewed the video, they determined she stood up on her board after the time ran out in the heat. Her final run did not count. Her rival won. It was the right decision, but a heartbreaking one.

After the competition, the media approaches asking, “Are you upset that you didn’t win today?” She says with a smile on her face,

I love her answer! Most in her situation would be crushed emotionally. Many would feel angry. Others would feel unjustly wronged by the judges. However, she was content, peaceful, even happy. Why? What was her secret? How could she be so happy after a tough call that went against her and cost her the title? The reason is simple. She competed with a higher purpose.

I’m sure she would have been delighted to win. But at the end of the day, being the champion would not have the ultimate verdict in her heart. Not being champion could not steal the pure delight of surfing. This ability came because she competed with a different purpose. And therein lies the secret…showing up with the right purpose. 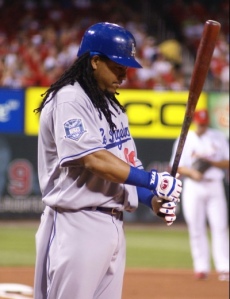 Of course we want to win when we compete or perform. Who doesn’t enjoy the thrill of victory? But problems begin when that becomes the ultimate reason for competing. Baseball players take performance enhancing drugs so they can win. A culture of doping in cycling happens because some make winning the ultimate goal.  World class soccer players flop because they think they can get a winning advantage by deceiving the ref (note to soccer players: the replay never lies).

For all that the great Vince Lombardi did for football, sports, and coaching I believe he got it wrong when he said, “Winning isn’t everything, it’s the only thing.” I believe there can be a higher purpose for play. I believe that when we run, jump or dance to simply experience the pure joy of that play we get a taste of a joy that points to a greater reality. What we taste on earth is just a foretaste of heaven…the joy of being in God’s presence one day.

Winning at all costs isn’t just in professional sports. You can find that wrong value all over youth sports. In my home state of Texas, some fathers will keep their elementary age boys from eating so that they can cut weight. Some dads want their boys to have that extra advantage so badly they will temporarily starve their kid so the boy will be in a lower division, thus being the biggest boy in a lower division.

Next time you’re at a youth sports event, pay attention to the messages on the kids’ t-shirts. So many of them are about how great the t-shirt wearer is and how less-than the other kids are.

These are some of the messages hanging on boys and girls. Sadly, what’s on their shirts seep into their hearts (another time we will consider the long-term effects of this on a kid). Instead of promoting a win-at-all-costs culture, maybe we should ask ourselves, “Is this the message we want our children growing up with?” Do we really want our children to make “winning the only thing?”

I encourage you to play for a higher purpose than simply winning. I submit to you that if anyone plays or competes for the purpose of honoring the God who gave them their raw talent they will have the best chance to play their best. And if a person plays their best, they will have the best chance to find the joy in their play. True delight in play comes when we are free from the internal obligation that we must win or else. After all, didn’t we all play as kids because we just wanted to have fun?

So the next time you step onto the pitch, court, studio, or field, know your purpose for play. Make sure there is something even more important to play for than just the trophy. Sure you want to win, but make sure to ask yourself if you’ve made that the ultimate thing?

“Whatever you do, do it all for the glory of God.”